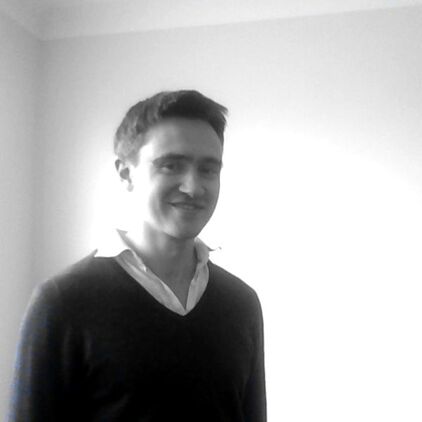 ​David gained maximum A-Level grades in Maths, Further Maths and Physics then achieved a first-class degree in Physics from the University of Oxford in 2002. During his A-levels he received a congratulatory letter for excellent work in his Pure 3 Maths examination. While at Oxford he gained a distinction in the Preliminary Examination (top 15% of candidates) and was placed high in the first class in his finals. Since leaving Oxford he attended the Royal Northern College of Music (RNCM) and currently works as a professional musician. He was captain of the RNCM's University Challenge Team for the 2003/2004 season.
He has tutored in Mathematics privately since 2004, including at a local independent school since 2008. He has extensive experience and a strong record of success in preparing students for the Physics Aptitude Test (PAT) which is the entrance test for Physics, Engineering and Materials Science at the University of Oxford.